​Capesize period rates fall to those of much smaller vessels

Capesize period rates have fallen to the lowest levels seen in over two years, such lows were last seen in January 2017 when at one point the average one-year TC rate for capes was estimated at a low of $9,600 pdpr.

The average one-year time charter rate for capes is currently estimated to be the same as the one-year rates for a handysize at $10,500. Historically, when capesize rates have been equal or fallen below rates for smaller bulk carrier, this has signified that rates have bottomed out and the market has moved upwards from thereon. The first quarter of the year generally tends to be slower for bulk carriers however, there is one redefining factor this year and that is the situation arising from the dam disaster at the iron ore mine in Brazil. Following the disaster, iron ore prices have surged as iron ore supply has been reduced, negatively effecting the market for capes carrying iron ore from Brazil to China.

Although Australia also provides China with iron ore, the Australia-China route is much shorter than the Brazil-China route, therefore there is an oversupply of capes that is owned not only to the fall in seaborn iron ore volumes carried but also in terms of the distance and the time it takes to complete the voyage. The demand for capesizes on the Australia-China route is driven by Chinese steel mills and their demand for iron ore. In previous years, Chinese mills have restocked their iron ore stockpiles after Chinese New Year but that has not been the case this year as Chinese mills have been faced with lower profit margins on their steel products and combined with the rising price of iron ore. This leaves the Chinese mills unwilling to restock iron ore stockpiles in this current climate, which means that the capesize market is facing a vicious circle of demand driven issues whereby an oversupply of vessels that has been caused by a drop in production, this issue is then combined with a lack of demand for seaborn iron ore transport, due to underlying market dynamics which has ultimately lead to a dramatic fall in capesize rates.

This week the Organisation for Economic Cooperation and Development cut global economic growth forecasts in its interim economic outlook to 3.3%, down 0.2% from the 3.5% estimated in November, as Europe weakens and risks persist. The Paris based organisation commented that Economic prospects are now weaker in nearly all G20 countries than previously anticipated. Vulnerabilities stemming from China and the weakening European economy, combined with a slowdown in trade and global manufacturing, high policy uncertainty and risks in financial markets, could undermine strong and sustainable medium-term growth worldwide. 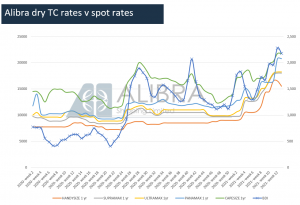 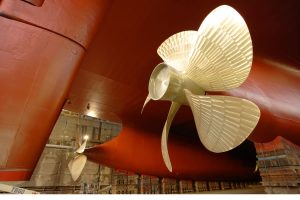 Has the pandemic had an impact on slippage and orderbook levels? 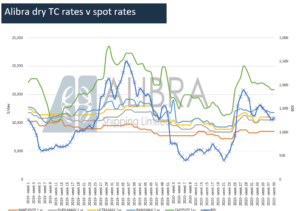 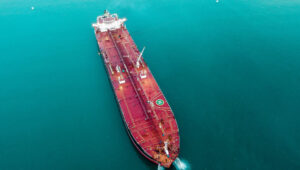 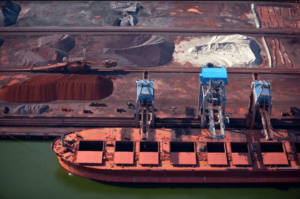 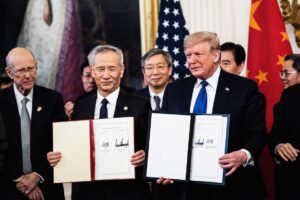